All about Madhubani Painting - EthniiChic

All about Madhubani Painting 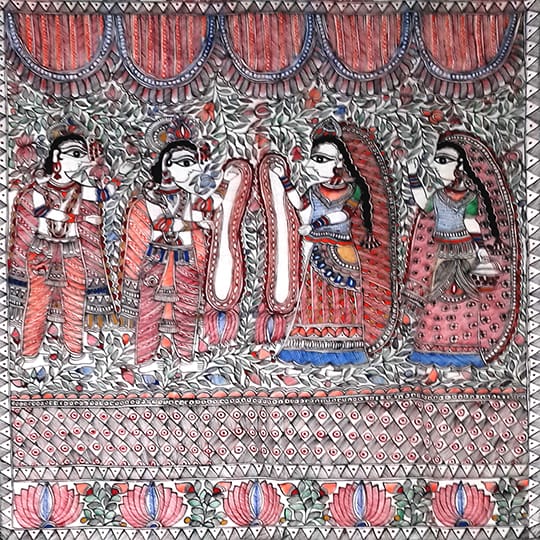 All about Madhubani Painting

“We speak about renowned art forms from all over the world, forgetting that we are home to some of the most beautiful art forms ourselves.”

India is a land of contradictory thoughts and expressions. Women, who we call “Nari,” are worshiped as Goddesses and buried under patriarchal beliefs on the other side. Amidst it all, “Nari Shakti,” or the power of women, gave birth to one of the pride and heritage of the nation known worldwide as Madhubani art. It is also known as Mithila art owing to its origin in the then-Mithila region which now is Bihar and the border of India and Nepal.

The beginning of Madhubani Art

If you are a genuine connoisseur of art and paintings, you definitely would have encountered Madhubani artwork at least a few times. Rich in traditional and cultural motifs, Madhubani painting originated in the Mithila region of Bihar.

Yes, it is the same Mithila that is mentioned in Ramayana as Sita Mata’s birthplace. There is no record of when Madhubani art was born. However, the earliest record is from the 8th and 7th century BCE, when King Janak specifically ordered artisans to paint the wedding procession of his beloved daughter Sita with Lord Rama as a memory.

In a world where men dominated every aspect of society and women weren’t officially involved in the daily workings of a kingdom, this was a different reality. Mithila art or Madhubani was painted explicitly by the women. However, later when the art form started to gather the attention from different parts of the region and the world, men from the artisans’ families were also involved to make the paintings to meet market demand.

Try visiting the Naulakha Palace in Madhubani, Darbhanga, Bihar if you want to see Madhubani artwork at its glorified best. Stunned by its sheer beauty, you will know clearly why the UNESCO World Heritage encompasses this ancient art form.

What makes Madhubani Art so unique and stunning?

Folk art began as a traditional way of decorating mud huts and courtyards, but with time, it became an integral part of the architectural beautification of temples and places. One of the most important areas where Madhubani artwork was done with great detailing is the “Kohbar,” or the sleeping quarter of the newlyweds.

Inspired by mythological beliefs, the changing seasons, and the natural elements like the Sun, Moon, fish, and turtle, Madhubani painting from Kohbar depicts the ideology of love and prosperity. The paintings on the walls are a sign of blessing and offering of good health and fertility to the couple.

Traditionally Madhubani paintings are of 5 types. They are Katchni, Tantrik, Bharni, Gdna and Kohbar. Each style represents a different concept and meaning and has intricate symbolization that will take ages to explain and understand. Some represent a storyline for Lord Rama and Sita, while others just show how Sita used to enjoy nature with her friends.

Every color used in a Madhubani painting is sourced from natural products without any artificial additives. For instance, blight and cow dung give the trademark black color used in the outline when mixed. Turmeric and indigo produce yellow and blue colors, while Kusum and Palash flowers have red and orange.

Today, the focus has shifted from walls to canvases and organic fabrics of all kinds and even jewelry. Bright and colorful, the traditional style is still being carried through generations of artisan families without changing its originality.

As part of our interest and love for ethnic art forms of India, we at Ethniichic offer a range of products with Madhubani art. Let’s revive and proudly showcase the rich heritage that’s ours. 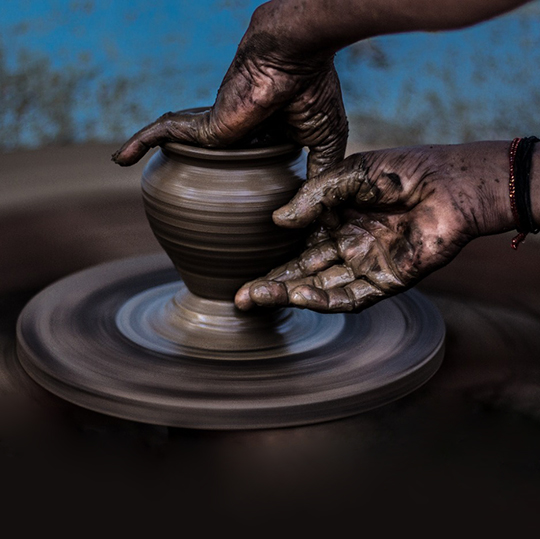 Handmade Products or Machine made? 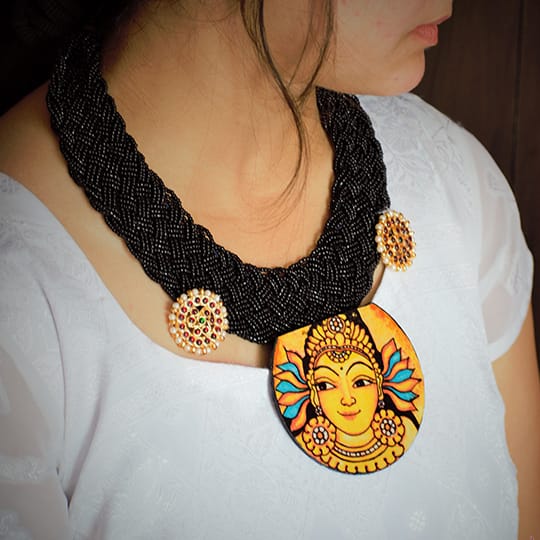